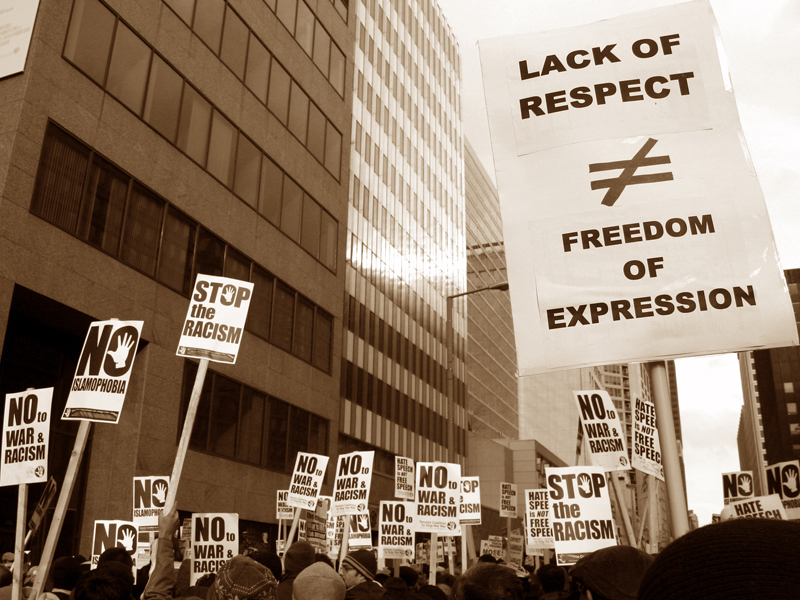 * The below statement was submitted January 21, 2011 to the National Labor Relations Board.

The right to organize is the foundation of labor rights in the United States. It is both a matter of principle and of human welfare. The right to organize is part of the right to freedom of association, a core principle of our Constitution and Bill of Rights. It also provides great economic benefits to workers. Organized employees earn at least 20% more than comparable employees that are not organized. They also enjoy better benefits and greater job security. For this reason, the National Labor Relations Act gives workers the right to organize and prohibits employers from interfering with the exercise of this right.

The law applies to more than just organized workers, however. Unorganized workers are also covered by the NLRA. In addition, employers are also covered by the act. The posting notice provides factual information about the law to these groups as well, covering the entire universe of eligible employees and employers. Knowledge about the NLRA should be as universal as possible, which is why the posting notice should be required.

It is widely recognized that rights without remedies are meaningless. But even rights with remedies are meaningless unless the people to whom the rights are given are aware of them. In order to achieve Congress’ goals in enacting any law, it is essential to inform those whose rights and obligations are affected. Other federal workplace laws require employers to post notices informing workers of the rights it provides, including the Age Discrimination in Employment Act (ADEA), Americans with Disabilities Act (ADA), Fair Labor Standards Act, Family and Medical Leave Act (FMLA), Occupational Safety and Health Act (OSHA), and Title VII of the Civil Rights Act of 1964.

Such posting benefits not just the workers who are unaware of the law, but all workers. Even workers who are aware of a law’s existence do not know what it says. For rights to be meaningful, it is essential that workers who want to learn more about their rights know how to obtain this information. This is anything but self evident. The myriad of federal and state statutes and the multiple agencies that enforce them can be confusing even to attorneys. For the average person, navigating this maze is difficult at best and frequently impossible. For these reasons, the notices provided regarding other federal statutes inform interested workers who to contact for additional information.

Not all workers will choose to organize, even if they are fully aware of their rights. But workers should not lose the option to organize because they are unaware of it.

Requiring notice to employees of their NLRA rights should be required even if most workers knew about these rights for the benefit of the minority that are not aware of them.

Moreover, all the available information indicates that most workers do not know about these rights. The curriculum of public schools does not include the National Labor Relations Act. Neither does the curriculum of most colleges. While employers provide instruction in some legal subjects, such as OSHA, virtually no employers provide any information about the NLRA. The only information workers receive from employers on the right to organize are carefully scripted one-sided presentations designed to convince workers that joining a union is against their interests. Some workplace issues, such as racial discrimination, are occasionally discussed in the media. Media coverage of the right to organize is conspicuous in its absence.

In short, none of the sources of information available to most workers include the right to organize. This makes it all the more important that workers receive valid information about the NLRA via statutorily required notice.

The National Labor Relations Act authorizes the Board to create “rules and regulations as may be necessary to carry out the provisions of this Act”. (29 U.S.C. 156) Court decisions have uniformly held that the Board has the authority to determine what is necessary as long as its decision is a reasonable interpretation of the Act.

Clearly, providing workers notice of their rights is a reasonable method of implementing the NLRA.

It has been suggested that the Board does not have the authority under the NLRA to make this rule. The argument is based on the absence of language in the statute authorizing a notice requirement.

It is clear that 29 U.S.C. 156 gives the Board rulemaking authority and the Board's proposed notice rule is a reasonable exercise of that authority. Clearly, Congress has delegated administrative agencies such as the Board the authority to make policy by filling statutory gaps and interpreting ambiguous statutory provisions.

The counter-argument is that Congress was aware of this option because it appears in many other federal statutes. This argument might have some merit if the NLRA had been passed during the time period in which the other statutes were enacted. This, however, is not the case. The NLRA was enacted in 1935, long before the other statutes.